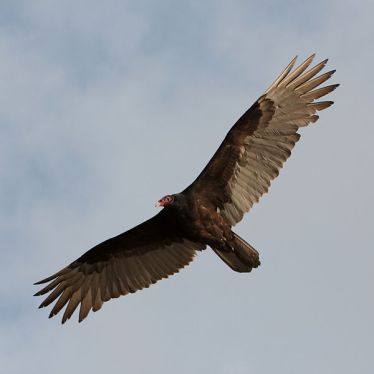 Okay, so I skipped a day; my apologies. So busy with Hallowe’en! Yesterday’s animal encounters included, I think, about 8-10 turkey vultures, which I thought, appropriately enough, were turkeys from a distance, enjoying the unfortunately bountiful roadside fruits of autumn. When I drove back by, I was going to attempt a quick photograph, but they had departed.

Anyway, onto literary things. It might sound ungrateful, but I sometimes lament that I live where I live (country and city), have the experiences I’ve had. I’d love to be able to write with authenticity about living in Bangladesh or Alaska or Mumbai or Hong Kong or Nigeria or, tilting that, in Middle Earth or Xanth or on board Babylon 5, or perhaps even a future real Earth.

However, today I’m going to embrace what I know (the wellspring of my limitations), just a little, if only to give me a counterpoint from which to swing around, slingshotting myself all over the place.

That’s the hope, anyway. As they say, keeping one’s eyes on the stars, even from the gutter.

*Some details changed to ensure anonymity.

Earliest micro-memories include sitting on an unknown knee of the man with thinning, gray hair, and in glasses. My paternal grandfather, I later found out, who died when I was about 2. Being hoisted to be carried above a green, tiled floor–at the mom’n’pop corner store my grandparents ran. Scooting around, dragging one foot for whatever reason, on that same floor in a circular contraption that I sat in and couldn’t get away from. Always on the move, even then.

Earliest macro-memories encompass mostly violence that I probably didn’t fully perceive as such. A volcano exploded. Some musical guy in glasses had been shot and killed. Then, later, the President was shot and almost died.

Meanwhile, Grandma’s partly outdoor cat brought us gifts sometimes. I saw a charred pile one day. It was sitting up on the second of two steps leading to the driveway. Investigating closer, I determined it was the insides of some small critter, the organs in a darksome heap. Another day, I had to laugh. The same kitty was being dive-bombed by a penduluming bird, most likely a robin or mockingbird, whose nest was threatened. Still again, the other cat (daughter cat and a domestic longhair) once brought home a snake.

I didn’t let the momma cat eat the hummingbird caught in the spider’s web on the porch screen, though. The underdog, or underbird as it were, always appealed to me.

In any case, I was hooked on being a watcher of nature, and I made my footprint marks all around the neighborhood, in trees, on top of massive rocks, down hillsides, up small ridges, and so on.

Near my grandparents’ place stood the perched-on-a-hill house of our neighbors, the Harts*. It had ‘stilts’ holding up a deck that was many feet from the ground. The lower yard could have been made into a small pond if they’d wanted. The property was flanked by a wooded area, and a line of small pines and brush ringed the front of the house facing one part of the road. To another side, lining the road shared with my grandparents’ and other houses, were the semi-strong trees that I climbed, one where I was “arrested” one night by a police officer with a very bright light.

This house on the hill was where my sometimes-friends, Casey and Kevin*, lived. They were grandchildren of the Harts and visited from out-of-state on an irregular basis.

Kevin, a year or two younger than I, had hair so shockingly blond, it appeared white. It was in the spikey, almost-mullet style of that era and place. His skin was in counterpoint, tanned but covered with fine white-blond hairs all year long. His sister, Casey, had long brown-blonde hair and the same skin, though tanned a lighter brown. I mention their skin colors, I think because it’s something I remember about them, as I try to cling to the factual details largely devoid of emotion. Kevin enjoyed motorcycles; Casey, a very pretty girl I’m sure would later have lots of boyfriends if she wanted to, didn’t mind tagging along with us on our traipses through the fields and creeks. I, quintessential nerd, with Coke-bottle-thick glasses acquired in kindergarten or first grade, and thin as a rail, with ‘war wounds’ all over my legs and arms of running through said fields and briar patches.

My desperately entrepreneurial parents received lots of catalogs in the mail in those days, and one day while Kevin and Casey were in town–it might have been summertime–we snuck to the unused car in the backyard, a model from my dad’s old business. We heaved open the door with a creak and got into its palatial black backseat.

Of what I remember, much hilarity ensued. There were all kinds of treasures in this particular sheaf of pages. It was only a mail-order catalog, but we delighted in laughing at the whoopie cushions, hand-buzzer contraptions, “naughty nurse” costumes, “dirty joke” books, fake dog poo, pretend severed arms, sneezing powders, and bubble gum in a packet that would snap your fingers when you reached inside. Perhaps it was pyrite for adults, but diamonds for babes.

It was Kevin who convinced me to practice kissing, at which I was  inexpert, in his dark and crowded basement that I dared not venture too far into. His grandma’s junk room, however, was a different story. Assorted delights lay there, including a tossed-aside book looking like a tent, by someone called Sidney Sheldon, with words foreign and unfathomable, though I sensed somehow risque.

Kevin and Casey visited our neighborhood (where the Harts lived) with their father, Jack. Some of Jack’s siblings still lived at home with Mr. and Mrs. Hart: a son, Larry, and a daughter, Susan. Two other brothers came and went, living somewhere outside the family home.

I barely knew either Larry or Susan, though she did once take the kids and I hiking nearby our house. On that excursion, I saw my first animal skeleton, probably a racoon or opposum, because it had a long snout, devoid of all flesh and fur, accidentally stumbling on it at the edge of a creek with a high wall next to it. Before I knew it, my toe had nudged the bleached bones tumbling into the rushing waters below that led soon to a small waterfall drop of about 15-feet or so. I don’t know if it’s real or manufactured, but I can still see the bones toppling in my mind’s eye. And from my mind’s toe, too.

Have you ever felt like something dark or foreboding was following you around, all your life? I never had the words for it, once upon those times, but now I do. I think of it as the death magnetic.

Fortunately and unfortunately, now I have words and concepts for lots of things I didn’t then.

About ten years ago, in talking with my parents and searching the Internet for information, I discovered that my former neighbor–Larry Hart–had been arrested with at least one other male accomplice. He had been tagged as a serial killer of women.

This man, whom I still have photographs of, smiling and posing with both of my grandparents on a verdant spring day, his red hair neatly combed and straight, he’s gripping my grandmother’s (a tall woman, 5’11 probably, and taller than him) shoulder tightly on the side as if he never wanted to let go. With my grandfather, he still smiled but the hug was a lot looser, the smile more forced.

“I’m glad his momma was dead by the time he went to prison,” my mother remarked of Larry.

I get a bit choked up thinking of his momma, Mrs. Hart. Although I’d never wish death on most people, especially not her, I guess I’m glad she didn’t have to experience seeing her son branded–and proven in multiple court appearances–as a serial killer either. As far as I know, and parts of me really want to un-know it, he still sits on death row today.

It is only in the writing of this realistic (but creative) nonfiction story that I’ve wondered and realized something: Did Larry watch his niece and nephew? Did he watch his sister, Susan? Did he see Kevin and I  (what we thought was secretly) kissing? Was he grooming his nephew or niece or was he himself being groomed by some unseen force or person? And, if so, whom?

That really bothers me, as it has lots of people and philosophers throughout human history. How to deal with this problem of evil, a term I hate, or hatred in the human species. And, insofar as meanness or lack of empathy exist, they lead to what seems to me as deaths-out-of-time. Stemming from intended or unintended consequences.

It all sounds rather fatalistic/deterministic as I write it, but, again, the idea of the death magnetic. My fresh epiphany, in writing and living, has been this: It’s not time’s winged chariot hurrying near at our backs. 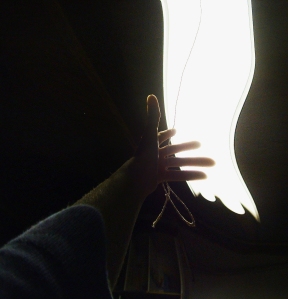 We can think we have hold of the reins, driving the chariot, but, really, death or fate or time (whatever you want to call that force) is in control. It pulls us toward it, wholly at its will. Death is the chariot, the driver, the wheels, the horses, and the reins. We are immutable cargo.

In any case, my challenge, now, might be to not chafe or fight so strongly, but instead to learn to accept that, with utter calmness, clarity, and patience. Presuming I’m still blogging, I’ll let you know when–or if–that ever happens.