Caution: Some readers may find this satire and its interviewee crass, condescending, racist, sexist, and/or otherwise offensive. Look up his ‘real’ interviews, Twitter feed, or Webpage if you’re so inclined.

Literary Q & A with a 2016 Presidential Candidate

Interviewer: Good morning, Mr. Trump. Thank you for speaking with me, here in my own kitch—

Interviewer: Okay then. You’re a very busy man, so let’s get right to it.

Trump: My business jet. They had to clear several gates for me at your penny-ante Lambert Airport. Lightweights, just like Rubio!

Trump: Can you get me a coffee?

Trump: I said, go get me a coffee. Tall latte.

Interviewer, wondering if she looks like a barista: Um, okay. (gestures to husband to get the Keurig going)

Interviewer: Let me start with this, Mr. Trump. I’m a Southerner and a woman—

Trump, interrupting: Yeah, I noticed. You know, if you’d just smile more, add some make-up, fix up your hair. My b-yutiful daughter Ivanka could give you some great tips. You’ve probably never even heard of her line of Trump cosmetics, called Bella. I’m told it’s Italian for b-yutiful.

Interviewer, continuing: Yes, well, I’d like to focus on Virginia Woolf’s idea of “a room of one’s own,” that each woman needs—and must demand—a space of her own, whether it’s creative and imagined or in the business world, like your daughter Ivanka has done [hurriedly, so as not to be cut off], so what do you say at this moment to women voters? Is there a war on women?

Trump, fixing hair: Was there a question?

Interviewer: Yes, I was talking about a room of one’s own and—

Trump: Oh, yeah, Ivanka has a helluva lot of those. They’re great. I’ve given her five houses, you know. That’s just this year.

Interviewer: Yes, well, what I asked is, how do you talk to regular people, the voters? In particular women?

Trump: Like I would anybody else. [Looks at his watch]

Interviewer: Can you please be more specific?

Trump: The watch. But you wouldn’t know that. Kick-ass timepiece. Wonderful. Very expensive. About $600,000. Chump change.

Interviewer: Okay. Moving along. I’m a former English major, so I have some literary questions for you.

Interviewer: There are many sociopolitical books of merit. Just in the 20th century in the English language, to mention but a few, we had All the King’s Men, Nineteen Eighty-Four, Animal Farm, Elie Wiesel’s Night, Catch-22, The Handmaid’s Tale, Brave New World, even Babbit or The Great Gatsby—

Trump: Oh, yeah, that was terrible.

Interviewer: I agree, the totalitarian world of Animal Farm, with some animals more equal than others, was frightening. As was The Handmaid’s—

Trump: No. What he did there. With the women. With the drugs in the drinks.

Trump: What are you, retarded? The black guy, hey-hey-hey [attempts “Fat Albert” impression, sounds more like Gilbert Gottfried], with the drugs. . .

Interviewer: Oh, you must be referring to Bill Cosby.

Trump: Yeah you did. The Great Cosby you said. I heard you. The books. [Color rising to bright orange] THE BOOKS!

Trump: Whatever. You knew what I meant. Hey, is that coffee ready yet?

Interviewer to husband: Is it ready, hon?

Husband, speechless or incensed, brings over a mug of French vanilla light-roast and sits it at the four-person table.

Interviewer: This’s the best we got. No latte. Um, sorry [to self: I guess].

Trump: It’ll do, but I bet it’s terrible. [Hands it to an aide, presumably for poison-testing.]

Interviewer: Well, then, let’s move forward with a few more questions, if we can.

Trump: Good. Make sure you get me from the right-hand side.

Interviewer: Okay, will do. Are there any modern characters, television shows, anything, with whom you identify? 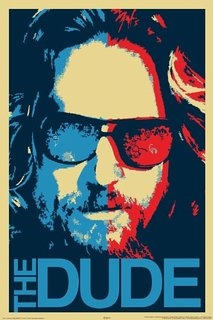 Interviewer, getting annoyed: What do you mean by that “you people”?

Trump: You female-type people, with brains coming out of your—

Trump: Whatever. I don’t even know what that means.

Interviewer, to self: Clearly.

Interviewer: Um. But back to the question.

Trump: Yeah, yeah, yeah. They watched for me. About Bannister, the dragon show. That’s it.

Interviewer: Oh, Lannister? From A Game of Thrones. You identify with Tyrion Lannister?

Trump: No, no, not the nipple-high one. [Makes a horizontal hand gesture indicating height.] The head honcho. The big cheese. The dad, T-something.

Trump: Hey, don’t get me wrong. I don’t like China, but the blonde chick’s got nice tits.

Interviewer: What? Who? Nevermind. I’ll just take your word on that.

Trump: You should. ’Cause I’m going to be your president soon. You know, America’s gonna be great again. Better than China, better than India, Russia, all those other places.

Interviewer: Yeah, about that. Let’s get into closed-mindedness. There was a high-school basketball game last week, I think, in Iowa, and it got racially charged, with the predominately white audience chanting “Trump” to taunt African-Americans on the opposing team. Did you hear about this?

Trump, smiling: Yeah, I saw it. My aide showed me YouTube. It was great. Like Trump steaks. You ever tried those?

Interviewer: No, I don’t eat beef. As to the important question . . . is a high-school basketball game the best time for racial invect—

Trump: Anytime’s the time to say what I say. Don’t you broads get that yet?

Interviewer: Uh-huh. If so, let’s see what you say about racism and inequality in this country, about building walls.

Trump: That Pope! [rolls eyes] I don’t have time for him. I’ve said what I said, look up my exact words. I stand by it.

Interviewer, to self: For all he knows, I was talking about Stalin.

Trump, soothing hair from a kitchen breeze: Get this straight, missy, ’cause I’m talking to you. I don’t beat around the bush. [smiles] The establishment doesn’t like me. But one thing I’m not doing—what I’ve never, ever done, period—is stalling. None. When I decide, I succeed.

Trump: I mean, look at those people. Hormonally challenged. Except that LaBaron James. I like him. One of my sons is named Barron. That big black guy, you know, he could help me make America great again. But, let’s get real. Putting a little ball into a basket. Lemme tell you, with me as president, it’s gonna be amazing. Big balls. All. The. Way.

Trump: I’ve no idea what you just said. (snaps fingers, assistant comes over)

Trump, to interviewer: We almost done here? I’ve got important places to be.

Trump: You ever see The Apprentice? You’ve got a TV in this dump, right?

Interviewer: I do, but no, I’ve never watched it except clips on the news or that kind of thing.

Trump: Figures. I’d have fired you a long time ago.

Interviewer: Well, my husband and kids seem to think I’m an at-least okay human being, even with brains coming out of my whatever.

Trump, grimacing: I have children, too. Love ’em. Somebody else raised them, of course.

Interviewer: I see. Does this mean that, as president, you would be for a stronger Family Medical Leave Act in America, where fathers, mothers, or caregivers can get paid time off for, say, the birth of a child or the care of a relative?

Trump: Look at the Trump Tower, Trump casinos, Trump University. I hire a shitload of people. Whadda ya think?

Interviewer: I asked you a question. You’re the candidate, not I.

Interviewer: Not me what?

Trump: “Not me” sounds better.

Interviewer: And that’s what matters?

Trump: Of course. Who’s in charge is all that matters. And that’s me.

Interviewer: Ever read Humpty-Dumpty’s dialogue in Through the Looking-Glass?

Interviewer: Through the Looking-Glass is by mathematician and writer Lewis Carroll, and it’s not exactly a children’s book. About Alice, the Red Queen, and logic, perception, and reality.

Trump: Carroll who? The comedienne?

Trump: Hey, you, we done here? [looking at assistant, who gives an “I don’t know” shrug.]

Interviewer: One last quick question. What’s the “J” in your name stand for?

Trump: No, I’m Presbyterian. For fuck’s sake, don’t you people read anything to prep for interviews?