Can you spot the second spider? The first certainly seems bigger than the moon.

Despite the annus miserabilis (yep, I meant that) on many fronts, there are good things about, too. Thank goodness.

I’ll do “markets” a little different this time. Once I get more sophisticated (maybe someday ponying up for the cost of a ‘real’ WordPress or other writing site), perhaps this might grow and improve and transmogrify. First:

Apart from your posts, which I’m still trying to catch up on after the Great Computer-Cord Fry-Up of August 2016, in which the little adapter box thing went bzzt (and my battery had no juice), here’s some notable writing (news and otherwise) you might enjoy or find helpful:

As ever, let’s go out there and  . . . get rejected! And, a la Samuel Beckett, get rejected better the next time.

April—what some say is the cruellest month—might also be one of the busiest.

See what you think, poets and fictionists and essayists (oh my). . .

Humans are such meddling, nosy creatures.

Long time, no see, dear readers. I hope spring (or autumn, if you’re in the Southern hemisphere) is treating you well.

I’ve just come out of editing land for a brief fly-over of this blog, and a limerick has settled in my mind. So that’s what you get for this posting. You have the Doc to thank (or not!) for inspiring this limerick. It’s part of the Limerick Challenge, week 12, orchestrated by the wonderful Rashmi at Mind & Life Matters. Do follow her for limericks, novel updates, and much more, and be sure to read the limericks she has on offer.

I don’t deviate too far from the ‘original’ limerick idea—insulting, bawdy, etc. But that’s my impression.  What do you think?

Limerick for the Loveless

I once met the man of my dreams

But what he was, was not what he seems

(Including doing the dishes)

In retrospect, I shoulda reached for Jim Beam. 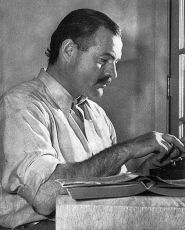 Because I really enjoy connecting people with information, which perhaps stems from my background in journalism, I have long been wanting to continue or resurrect market listings. These listings have appeared from time to time on the blog: (as) Monday Markets and Submission Sundays, if I recall correctly.

I read multiple magazines, newsletters, blogs, and university Web sites, as well as subscribe to Duotrope for $5 basic membership a month, to receive and cull these markets for your use. If you have enjoyed or benefited in any way from these posts, please consider following me here, on Facebook, and/or Twitter. [Oh, and I’d love to hear of your writing or art-related successes in literature!]

I hope you will enjoy today’s eclectic collection. #amwriting

October has become a candypalooza in many parts of the world. But for just a few minutes, why don’t we imagine something different. Perhaps even an Octo-beer. And in that vein, hope you enjoy these haiku written for Haiku Horizons.

Do these trees release

We learned from our souls’

to embrace the Fall.

And I will free it

so I can soar, roar, risk it

all and fall, to rise.

What is writing, if

Wow, would you look at that! I have been invited to take part in the 777 Challenge by the ever-so-thoughtful Norma, who writes and artifies over at the Emovere blog. I’m chuffed to have been asked. Thank you, Norma.

The premise of this challenge is that you go to page 7, line 7, of your work in progress. From there, quote the next 7 lines in a blog post on your Web site like so . .  .

Be sure to check out Norma’s slice of 777 heaven, and you can also view her other nominees’ links there.

My novel-in-progress’ page seven is a bit of a dud. It’s mid-dialogue, and I’m afraid it might not be easy to follow what’s going on. Instead, I have selected an excerpt from a longer short story that I wrote a couple of years ago and would still love to develop. It has flown through several title incarnations and has currently landed at “Wallow,” but I’m apt to change that.

I’ve given you an extra line or so at the end.

Without further ado, here it is.

. . . One time, I’d found a miniscule skull next to the stone ledge just under the pipe, as if the animal had recently put its head down only to rest and had decided, instead, to die. The bony head was so white next to the muddy ledge, and I’d accidentally tipped its ribcage over the edge with my toe before I saw all of the body. You couldn’t even see them slip silently like white strings of confetti dragged below the churning water’s surface; it was as if they’d never even been there.

Soon enough, I reached the pipe. I didn’t know what to do; I just knew I needed to get as far away from home, from my parents and all the reminders of the sister-who-never-was, as I could. Maybe I could go up to the abandoned barn my faraway friends and I’d found in the woods last summer. It was our makeshift clubhouse for a time, owl droppings, eerie noises, and all.

Part of the 777 challenge is also tagging several other writer friends who might be interested in sharing 7 lines from a current, forthcoming, or, methinks, previous work (as long as it doesn’t violate any copyright or contractual obligations of course). From what I understand, you may alter the lines and tinker with them, in the event you want to get them published as never-before-seen text in the future.

I would like to nominate the following writers, and there is absolutely NO OBLIGATION to participate. It’s for fun, y’all. 🙂

Stephen at Stephen Thom Writing (if he’s not too busy with touring!)

Sarah at Sarah Potter Writes (she’s a busy writer who’s at work on a science fantasy novel, so she might be unavailable)

Ali Abbas, who has published two books so far: a collection of short stories, called Image and Other Stories, and Hajj – My Pilgrimage, which is a nonfiction account of his journey with his family to the holy city of Mecca

Dr. Joe in enchanting Dublin (hey, Joe, have you got any longer stories or poems you’d like to share?)

Syd Dent, who enthralls with his steampunk stories, including The Finder’s Saga, and shares author influences and more on his blog

Andrea Stephenson, who holds many awards and publication credits for her phenomenal short stories and who blogs at Harvesting Hecate

ED NOTE: Oopsies! I meant Cee Neuner’s Share Your World challenge, Week 21, but her wife Chris’ post is awesome, too!

If you could make a 15-second speech to the entire world, what would you say?

As much as possible, be kind to animals, including the human kind, and the planet. Keep your mind and body moving. Laugh & smile liberally. And finally, love unveils strength, not weakness. Embrace it.

If you could take a photograph, paint a picture or write a story of any place in the world, what and where would it be?

Although I am a writer at heart and, as such, I love plotting and planning, daydreaming and nightdreaming, I immediately discarded writing and painting for photography (painting is fun; no umbrage meant!). I felt that photographing a place would be a more visceral, significant experience of the place with the literal equipment that I have as well as the mental and emotional machinery. Ah, but so many places vied for attention. First, Heaven/Paradise/Valhalla/the Afterlife. If I could photograph that, presuming it really exists, and yet come back to Earth afterward for at least a few more years . . . eureka! That would be cool. Failing that and if I weren’t chicken, how ’bout these: Jupiter, Middle Earth, Narnia, Xanth, China, India (okay, all of Asia), Machu Picchu, Alaska, Scotland, and Yellowstone.

If you had to spend one weekend alone in a single store but could remove nothing, which store would you pick?

Reading my fellow introverts’ much-better answers here makes me feel either really unpragmatic or terribly survivalist, because I didn’t plan anything for food the entire weekend. D’Oh! Here are my thoughts. If I were looking at the “busy/active factor,” I would go for a running, camping, biking, art/crafting, antiques, or toy store. If I were more introspective, I would gravitate to the local bookstore (which is in an older two-level home) or any other bookstore or library, an art museum or gallery, or a store in a museum or zoo.

If you were given a boat or yacht today, what would you name it?  (You can always sell the yacht later)

I would call it (the) Raymond Luxury-Yacht, but it would have to be pronounced Throatwobbler Mangrove. 🙂

Bonus question:  What are you grateful for from last week, and what are you looking forward to in the week coming up?

Hands strain, bone on blank wood. Limbering the lines demands a gymnast agile to what waits. To satisfy any critic is a balance; words, an avoirdupois. Writing is a willingness to be bruised.

Photograph by writer Adam Ickes. Be sure to visit his site!

When Helena McArdle reached rickety boards, she almost turned, with no fanfare and nary a flounce ruffled, back toward home. Father would be no wiser.

Instead, her footfalls hastened her forward. The inlet waits just beyond the pavilion flitted across her mind, a firefly waltzing with air.

At 17 years and ninety-eight pounds when not encased in a cage crinoline, she did not welcome the avoirdupois of womanhood. No one will make me marry Lucas Parish–that human Cerberus!

Still, the sound of waves slapping chert beaconed. “Hurry to me,” slipped from the swollen lips of the whitecaps, whose promises were lies.

Photograph by Danny Bowman, of Ol Doinyo Lengai in Tanzania, Africa, “the only volcano in the world that erupts natrocarbonatite lava,” according to NASA. The lava is “extremely cool . . . and relatively fluid.” Note that I did not use the actual location of the photograph (and I imagined “Hornmouth”) to write my flash fiction. In fact, I noticed the location only after I had written this story and when I downloaded Mr. Bowman’s photograph for the Friday Fictioneers flash fiction challenge.

Lovers’ subduction and the letters of Shelley

Bringing a bird up here is daft.

James knew he shouldn’t have let Gavin wheedle him into it. Not only was it a difficult hike—if they legged it, some 12 kilometers from Hornmouth—but would anything come of it?

“The letters of Shelley,” Gavin had said then chuckled.

In reality nobody knew where the famed lost letters of the dead Romantic poet were buried.

Finally the mist stopped long enough to reveal that the crater-sprinkled ground had subducted in some spots. Nearby a miniature mountain, several Sisyphus-sized boulders were strewn, but one erect column adjacent demanded their eyes.

As the couple neared, they could begin to make out the etching.

The word Ozymandias and more text snaked down the earth-upshooting.

Taking out his mobile for a snap, James concluded, “Blymie, who knew Shelley was a vandal?”

I go over the word limit, but this flash fiction was nonetheless written for Rochelle Wisoff-Fields’ Friday Fictioneers’ Challenge of 7 March 2014. I encourage you to take part!