It’s that time again. Approximately every fortnight, a catchall market-conference-author appearance-publishapalooza listing, this one somewhat abbreviated as I’m working on a fiction piece under deadline (wish me luck). Hope you all will find something beneficial in this partly fantasy-based list, with dashes of mystery, paranormal, and even academics among the fables and fairy tales.

As always, I’m wishing you a fulfilling week of writing/blogging, art-making, and living!

May the sun be ever setting on your troubles! (Photo with filter applied)

First and foremost, it has been a rough couple weeks for one of the kids (and thus, my whole family), such that I’m thankful and glad it’s almost at a close (we hope). So, I haven’t had the time to read blogs and comment–at least not to the degree that I’d like. That should change as the days go on.

To balance out a tiny bit of the terrible, I’ve had a double-dip of the literary toe into pleasant waters. In short, I’ve had two microfiction pieces published. One is “old,” having been published in October 2015, and I just found out about it. I owe my belated thanks and gratitude to The Drabble for publishing “A Lotta Guts.” If you’re not familiar with this term or concept, basically most definitions say that a drabble is a short literary story, or microfiction piece, of exactly 100 words, not including the title. So, it’s exceedingly succinct. Somehow, I was able to craft and send a brief darling forth into the world (you can, too), and they published it. If you’re interested in the connection between American actor Ernest Borgnine and infectious disease, you shouldn’t miss this speculative fiction story. While you’re there, do be sure to partake of other “shortness[es] of breadth,” which is The Drabble’s motto.

That was the older “new news.” Now, the new news is that I just had a 50-word story, called “Love Offerings,” published on 50-Word Stories on February 22, 2016; they list me as Leigh Smith there. They publish two “bite-sized” stories daily, so your palate is always satisfied. And, if you enjoy my story or all or some of them, please give them a thumb’s-up (there’s a “like” at the bottom of each day’s stories). I feel very honored to have been included on this forum–and with another L-named person (this one was a Lee) on the same date. A big barbaric yawp-y shout-out to 50-Word Stories and its editor, Tim Sevenhuysen. Unless otherwise noted, they read submissions between the 1st and 15th of every month, and publish what they like on their Web site, with you retaining the rights. Give it a go if you like writing the short stuff.

So, a short(ish) post befits a couple of my recent short publications. This will be a Monday Markets stand-in for the time being, until I’m off and running again with blogging. Have a creative week, everyone!

I keep written & digital files. How about you?

Some say the universe will end in boiling,

Others say in Frost, or Snow.

But from what I know of roiling,

I prefer the fate whose face waits to show.

To writing. So, keep in mind, carpe diem (carpe scribere diem? why yes, I’ve forgotten high-school Latin completely). In other words, seize the day and write!

To help you in that regard, I’m wielding another edition of the somewhat-biweekly sword that is Monday Markets (& More). Partake, imagine, write, edit, submit, accept, integrate, and enjoy!

Now, as Rush might write in a lyric, get out there and rock!

The day is a diffuse white, blunted to gray. Periodically, birds burst from ledges or eaves or from the last spent leaves (ah, yes, bright, but still spent). Their bodies strafe the eye. Confused snowflakes cavort with, shuffle by, skitter, shimmy against, bump into, and bend with the now-visible air. If the winter air were malleable matter, I think it would be a blooming sort of smoldering steam: an extra-spectral substance of an inhuman colour, nebulous, neither white nor gray nor blue. Nor any other.

Breadbox buildings have been dropped down, brick by brick, deposited perhaps a century’s worth ago, from when there was no snow as it is now. Today’s snow—we call it ours—is a (by)product, a staged phenomenon, a commodity, and a managed entropy, made sheerly to be seen. A honeycomb of progress, humming eternalwise, have we created to view it, the perspective extending farther than these eyes can see, perhaps any eyes. Visualized, viralized, winter’s reality—its realness—always in the wings, parade and charade only a click-blink away. Under-thumbed, if you will.

Yesteryear’s snows, it seems to me, were an occurrence. Better still: an event, a surprise, and an opportunity for communion. With each other. And it offers up unparalleled opportunities to link with extraneous aspects of self–atomstuff (or starstuff or plantstuff or any number of substances)–that earlier were perhaps closer to the vest, held to the heart, even.

Now, on a tide of leveraging and mergers, calculated risks and calendars

and broken benefits, winter starts to recede, if such evolution can be eye-tracked.

In places, the spires are hewn, nearly gone, used up, spat out among true detritus. Heretofore, Nature hobbled along, alas, just barely, as we left it alone, keeping our jaundice-ringed cuticles to ourselves. But has it now passed the point of no-intervention, here in the Anthropocene?

The snow, once inescapable, rendered incapable, salted like earth, sewn like the kind of dragon’s teeth that were never intended to grow. Yet, ice-wind can still whistle clean through the ribs, ghost song, so long-gone.

Will we listen, or just push it away and adapt?

This squirrel has found a lunch scrap of old, mustardy bread. 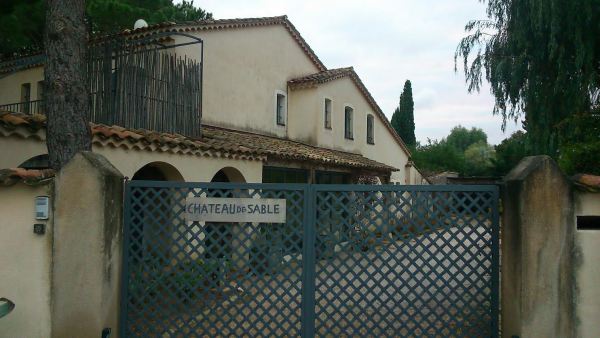 Mary Strongheart pushed the stroller up the dusty street, her baby tangled in blankets, silent.

She wanted the senator to see, everybody to see, such that they could no longer turn away.

Hana had given her the gate code, but she’d keep the ruse. A knot of fear fisted in her stomach and seared her throat. She’d never been close to the magnificent home. Will my camera work? Will he listen?

Offering silent prayer to the sky, Mary signaled Hana at the back gate.

Soon, the squealing of plastic wheels dovetailed with shouts and the crackle of the guard’s taser.

I don’t get to do too many Friday Fictioneers challenges, but this one kind of sprang from my mind fully formed like Athena. And it dovetailed with this article that a friend had recently pointed out to me (thanks, Brenda).

Most of us, unfortunately, have heard of the horrific water crisis in Flint, Michigan. But you might not have not heard about the contamination of water (and more) in areas of the Southwestern and Western United States (not even to mention the coal mining and shale fracking going on all over the world). Nor is Flint, Michigan, alone, either in the States or the world, with regard to environmental contamination. I did a little further research, discovering that some 15,000 abandoned uranium mines exist in the U.S., and there’s no apparatus set up to get these dangerous sites cleaned. One group, Clean up the Mines, calls this “America’s secret Fukushima.” One activist also notes that the Native American nations of North America are the proverbial ‘canaries in the mine’ for the rest of the United States on this critical environmental issue.

As such, then, I conceived of Mary Strongheart as an indigenous person whose child had been affected in some detrimental fashion by the contamination of their water.

Read and/or link up your own Friday Fictioneers post at this linky, and while you’re there, thank Rochelle for administrating these challenges (and adding her own fiction!) like elegant clockwork every week.