Thursday
What person in your life helped you understand the importance of choosing words carefully? What would you say to them if you met them today? 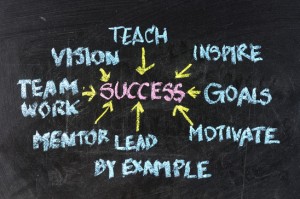 Many professional writers today offer mentoring services. One such writer is Carol Tice of Make a Living Writing. I found this graphic at Carol’s site. If you’re not interested in mentorship, at the very least check out her thriving writing community.

This was one of the more difficult WMW prompts for me. For I’ve been fortunate in my life to have several people who guided me toward a love of words, as well as being in situations simpatico—even if some of them were very adverse at the time—to the creative process. And who hasn’t been inspired by authors, journalists, musicians, photographers, artists, advocates, historians, or dancers from the world at large, outside our bubbles of direct experience? As I’ve already mentioned many of those literary mentors at my post here, I won’t enumerate them again this week. But I will send a digital shout-out to those word-folk who helped forge my love of wordsmithing.

For Mrs. H: Thank you for sticking by me when I wasn’t the best, the brightest, or the most well-behaved student. It was because of you that I realized that spelling and diagramming sentences were important.

For Mrs. B: The daily journaling I did in your class was an invaluable experience to me as a young writer. That you believed in my writing (a satire piece) enough to suggest I send it to a literary magazine astounds me still today, and I thank you heartily for all you did as a mentor to encourage me to prop up my angsty self-esteem.

For Ms. F: You were tough, but you taught me how to write a good, evidence-based essay and to explore the canon. And when to blaze into other literary territories.

For Uncle J: You broadened my world experiences by taking me to a play, a symphony, and other artistic endeavors, as well as introducing me to other cultures and the notion that I could reach beyond our own limited, if upland, borders.

For Professors F and S: Artists in your own right, you whose professionalism and creativity remain real-world models of poetry-writing that I aspire to today. I humbly thank you.

For Dr. R: I owe so much of my thesis’ success to your guidance. You were the balanced and involved male intellectual I ‘d not had the privilege of knowing enough of in my life. You—if no one else—taught me several salient facts: 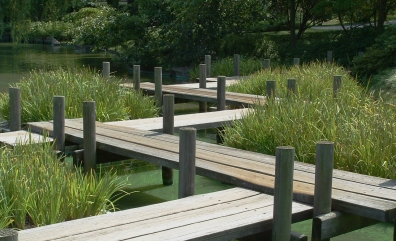 And now it’s time to point ourselves in a different direction. But which one? How about several? Here are a few photographs to get us going and sail us into the almost-weekend.

I scoured my older and newer photographs and fished out a few from the archives that might work for photographs depicting roadways, bridges, tunnels, and the like. These photographs are for Cee Neuner’s Which-Way Challenge #5. She also has many other photography challenges and a somewhat newly minted regular series of her handy-dandy tips and tricks–perspective and indoor lighting have been covered recently, so do give those a look-see.

Hope you like these paths and steps and gardens; as you can see, I’m still learning about photography (aka, go easy on me)!

I found this painting, from 1939 by Pablo Picasso, on the excellent “It’s About Time” blog, which I encourage you to visit. The blogger is a historian who promises a “little museum” in each of her blogs. The work above is titled “Cat eating a bird” and is not to be confused with Picasso’s painting “Cat catching a bird.”

These four tanka poems are meditations on yesterday’s Daily Prompt on WordPress. (As to the lateness, all I can say is that Nature took me out of circulation for a few days with the influenza virus.)

Daily Prompt: Talking in Your Sleep

Have you ever eavesdropped on a conversation you weren’t supposed to? Tell us about a time when it was impossible not to overhear a conversation between people who didn’t know you were there. What was the conversation about? How did it make you feel?

My question to myself turned out to be: how do you [or the character/protagonist] perceive the event? One woman’s “accident” or crisis might be another’s serendipitous moment. Or, as the axiom goes, is it a danger or an opportunity?

How does your narrative on chance occurrences, which are part and parcel of life, go?

Cartoon can be found at truthdig (please consider purchasing it directly from the cartoonist).

Welcome to the large-hadron collider that is Words Matter Week, Day Two. If you haven’t yet, please visit the National Association of Independent Writers and Editors (NAIWE) Web site dedicated to this sixth incarnation of WMW.

Tuesday
What word, said or unsaid, has or could change your life? How?

“In the End, we will remember not the words of our enemies, but the silence of our friends.”   ~Martin Luther King, Jr.

I’m peering through a literary kaleidoscope on this mattersome matter; that is to say, on this important theme. I keep fishing up two words: I’m sorry.

And yet, we are told “Love means never having to say you’re sorry.” Most people know this famous phrase from the Love Story book by Erich Segal, if not the movie.

To be fair, I’ve never read the entirety of Mr. Segal’s book, and I’m probably taking his quote out of context. Plus, I don’t mean to rip romance novels, but what hubristic jerk of a character really thinks in this absolutist way? If that’s the point of the line (to set up an antihero or villain), then bravo.

In my experience, love and humility are intertwined. Human beings are fallible, hence love and other human emotions, as well as the words used to express them, are imperfect. Words slip, slide, perish, and even sometimes break–at least according to American poet T.S. Eliot (read “Four Quartets” for these lines).

Now, I’m no Sybil of Cumae, but I think a simple “I’m sorry” might have the ability to transform some part of a life I have rued (to rework a line from poet Robert Frost). I’ve been party, unfortunately, to a few toxic relationships in my time, but I’ve also had to make my own share of mea culpas. So I know how two tiny words, three syllables, two or three breaths, can budge bitter hearts and begin to rebuild ransacked worlds.

Forgiveness, of self or of others, could free us from the suffering born of regret or anger or loss. And it’s hard to love if we’re unwilling or unable to either forgive or allow forgiveness.

So, were he alive, I’d love to pick Mr. Segal’s brain about that touchstone line. I suspect he might even regret it himself, in that many people know him chiefly for that line, taken out of context.

What word or words could reorder your world? While you’re pondering this, I urge you to consider taking part in the Write Tribe Festival of Words, also 2 March to 8 March 2014.

Finally, I’m sorry, Ryan. I never meant to hurt you, but, conversely, I’m glad you are where you are today, as I am where I am. Things worked out exceptionally well for us both.

The word I’d found in my grandmother’s book fascinated me down to the cellular level. P-tar-mi-gan. Ptar-mig-an. How do you even pronounce it?

Little did I know then, but words would collide, then cohere, to round out my “observable universe.”

2b :  material substance that occupies space, has mass, and is composed predominantly of atoms consisting of protons, neutrons, and electrons, that constitutes the observable universe, and that is interconvertible with energy

And as worlds go, I started small. A Dog Called Kitty was one of the first chapter books I read as a child. Fast forward to my “tween” years and I was reading everything from Brontë to Lovecraft to King. And when I turned over that pink scrap of paper and began to write my first horror—and horrible, I might add—short story, I certainly didn’t know what I was going to make of my life, but I hoped it might have something to do with language.

So it was with great interest that I discovered “Words Matter Week” (WMW) a few years ago, brought to you by the National Association of Independent Writers and Editors (NAIWE). This year’s WMW features a question each day, and NAIWE is actively seeking bloggers’ and writers’ ruminations on the power and prominence of words in our lives. I encourage you to participate all week long, March 2-8, 2014.

Unfortunately, I am limited in that I can read in only two languages, so I haven’t had the opportunity to touch all corners of the globe with this informal “Authors I Love” list. Naturally, I am open to your suggestions and will enjoy reading meditations on how words matter to you.

To prevent eyestrain, I will only briefly explain why each author has exploded my consciousness, thus reshaping my world.

In no particular order, here are some writers worth getting to know:

Who bears your cup of literary nectar? I’d love suggestions of other authors and works.

Appropriately, it’s evening-time, but I can’t see the sun sinking.

I’ve been in the room for hours, and delirium has taken me in its needle-toothed mouth. Every now and again it shakes me like an overzealous pup with a rope toy.

Amid shrill screams and attendants entering and leaving, I warble. And recite chapters in the book on medical coding that I’m currently editing.

“Winston Churchill,” I begin, off-tune. I’m certain the people in neighboring rooms are freaked by my shrieks and shocked by the absurd lyrics.

Genesis had yoked me—or should I say yolked me—to the birthing bed. Instead of real epidurals to soothe me, I chose music. Specifically progressive rock and roll music.

Such is the story of my life: at crucial points along the way, a song, album, musician, or band has entered stage left. And there in the limelight, I merged with the music, and it patched me up so I could pitch battle again.

Today, as the wife of a musician, I can’t avoid music. Not that I’d want to. It’s constantly in my ears and in my eyes and, as such, flares up persistently in my writing.

Naturally, a strong musical memory comes courtesy of my husband, who wrote a classical piece for me when we were courting, lo those many years ago. But I also owe a life-debt to musician and humanitarian Peter Gabriel. His popular ’80s tunes sledgehammered my sensibilities, shocked me with their grooves, and mercifully nestled in my neurons, big-time.

Then, as I made my way along and my existence complexified itself, I gravitated to the ground: to dig in the dirt, more specifically.

Finally, going zigzag through time, I arrive at what is, in my opinion, the zenith of prog-rock music. That golden period from approximately 1969 to 1981. And at the sweet chocolate-surprised center of that musical box lies one of my favorite bands: Genesis.

I’m not normally much interested in most celebrities, but I think it would be quite something to meet Mr. Gabriel. Other than in dreams, that is. (I once saved him from being trapped in a warehouse; I guess I was returning the favor.)

Now, fly away you sweet little thing, they are hard on your tail. Or hadn’t you heard?

This aforestory was written for the WordPress Daily Prompt. Please go there and follow the links to enjoy others’ musical reveries.